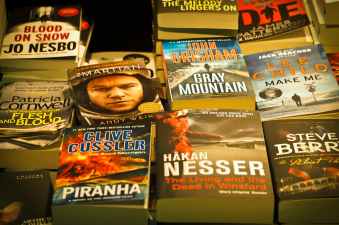 Photo by Pixabay on Pexels.com

Photo by Pixabay on Pexels.com

It’s been a quiet day around the house.

Lynn continues to heal, and be frustrated by the fact that she can’t get up and do much thanks to her injured ankle. The ice, Advil, and the brace seem to all be helping, and while she can’t weight-bear yet, she is getting some movement back in it.

I am again thankful to all of the friends who are helping us out by running the store so Lynn can recover and I can be nearby to help her out.

We did manage to escape the house for a little while today though. At the risk of going stir-crazy cooped up, since the weather was cooperative I helped Lynn get out to our Explorer, and took her to the community hall for a couple hours to have lunch at the farmer’s market and do some visiting with some of our friends who were there as well.

It was a good outing, though it did really tire her out. It sucks seeing Lynn struggle through this injury, though I can definitely empathise. I broke my foot and was hobbling around on crutches for a few weeks shortly after we moved to our community. I can attest that getting around on crutches sucks.

Oh well, it’s life, and as much of a challenge as this is, there is really no way to deal with it other than pushing through it. Lynn will heal, and things will get back to normal in due time.

People keep asking how I am doing with this scare. I’m dealing with it. Despite the initial shock I had when I got the initial text from Lynn, I’m doing okay, focusing on what I need to do to keep her comfortable and keep the house and store running.

Even with helping Lynn out I am looking after myself too. I made a good, healthy supper for us in the slow-cooker, and during times when Lynn was resting and/or playing on her tablet I fired up the PS4, checking out the new-to-me copy of NHL 18 I snagged in Red Deer on my last trip in.

I’ve also been taking time out to write. I’ve been working on the novel I’m working on. I started it a few months ago, but due to being either in hospital or stupid busy, haven’t really had a chance to work on it much of late. I figure with NaNoWrMo starting last night at midnight, it is a good way to set a challenge and get it done!

For those unfamiliar with NaNo, it stands for National Novel Writing Month. It is a fundraiser not unlike Lynn’s GISH challenge she does every year. I help Lynn with GISH, but it’s not entirely my thing. earlier this year I found out about NaNo and decided I will challenge myself with it.

Oh, and for those of you whom have read this to the end, I will send a draft of my manuscript for feedback to the first 5 people who comment indicating they would be willing to read and comment on it.

Thanks for following along.

3 thoughts on “Calm seas; an update on Lynn and I”

The life of a mentally ill man.

A Reasonable Guide To Hope And Purpose

Flowers In The Brain

I dont have the answers, just a lot of questions.

a lifestyle blog by another unqualified twenty something, just like you

Welcome to My World

A 20-year old's thoughts on life, love and the world!

Motion is Lotion - Life is better with yoga

A Jaunt Through Life

The Choice is Yours!

just a girl stuck in her own mind, learning ways to get out.

This blog explores, and helps others navigate through, issues which are pertinent to all human beings, from death to self-esteem. Ideas are medicine!

Sharing my thoughts with the world from a Particular Baptist perspective

In It for the Long Dog
Uncustomary Housewife

To boldly go where no housewife has gone before.

A union dedicated to advocating for nurses, patients, and quality care in Minnesota, Wisconsin, North Dakota, and Iowa

goldfish and the microphone

Lessons learnt in the dark

A blog about how mental illness tries to destroy my happiness and courage, and lessons learnt on the way through the darkness.

Creativity is in the mind of the beholder.

Home of the Warrior Moms Podcast

A Life to Love

Australian Traveller that loves to "Roam" our globe, creator of ENDLESSROAMING.COM sharing the experience through word and photography. Currently residing in my home of Newtown Sydney

Live, learn and love your photography!

The life of a mentally ill man.

A Reasonable Guide To Hope And Purpose

Flowers In The Brain

I dont have the answers, just a lot of questions.