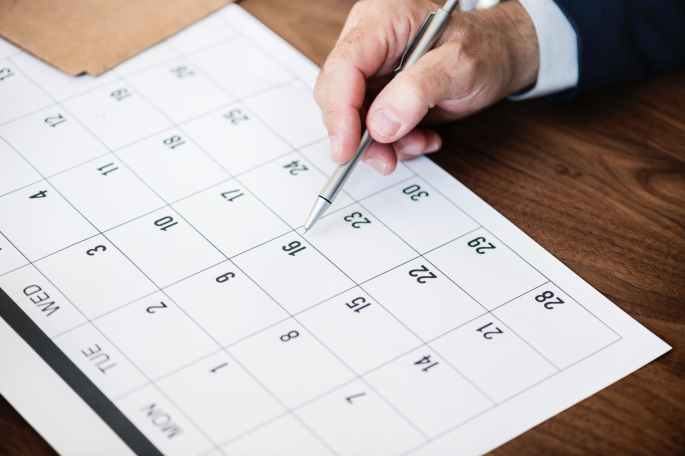 We are in to the first week of May already. What a turn around in weather from a few short weeks ago. I have already seen many people out, taking advantage of the warmth, and outdoor sports are set to start across the region in the next few weeks.

May also brings with it several different awareness weeks that are close to my heart. I know that it seems we are over saturated in the media with all the different awareness days and months, but it does actually help to have targeted periods of time, just to increase the awareness of certain issues or groups.

In the United States May is the Borderline Personality Disorder Awareness month, as signed off by the US government back in 2008. Upon doing some reading on the proclamation, I was blown away. The US House of representatives passed the proclamation with an overwhelming vote of 414-0. Seriously, when was the last time any government voted unanimously on something?

Borderline Personality Disorder is very personal to me as it is a beast I have battled all of my adult life, and at one point at more than one point fell into seven of the nine diagnostic criteria rather solidly. My psychiatrist has recently told me that she doesn’t believe I still fit into the diagnosis, however I still do have some fairly significant traits, although greatly reduced from what they were at the peak. With how frequently the diagnosis is made, it amazes me that more people are not aware of it. Then again, with the negative stereotypes surrounding the illness, it’s not something I advertise myself. That said if someone is willing to have an open and honest discussion on this particular subject, I am willing to help educate.

In Canada, the Canadian Mental Health Association has held a Mental Health Awareness Week in May for the last 66 years. This year the dates are going to be from May 7-13. This is another awareness week that I like to support, as outside of a few well done movies and self-help books, mental illness is a part of society that is still largely ignored and misunderstood. I appreciate that groups like the CMHA do a push for educating people, especially since the latest stats I can find on the CMHA website indicate that in any given year 1 person in 5 in Canada will deal with a mental health issue, and by age 40 at  least 50% of the population will have experienced a mental health issue. For a country of approximately 36.963 million people (2018 Q1 Statistics Canada estimate) those numbers are staggering, especially considering the lack of education and the stigma surrounding mental health diagnosis.

The stigma is declining, but we have a long way to go yet, and I am happy to do my part.

The final awareness week that I am connected to is Paramedic services week, which this year takes place from May 27 to June 2. Based on my previous career as an EMT, I am glad that the EMS professionals get this time in the spotlight, as unfortunate as it may be, the average citizen doesn’t know much about what these health care professionals do on a daily basis, in often less than ideal conditions. Outside of T.V. shows like Chicago Fire or Chicago PD, or any of the other first responder type shows that seem to be all the rage, the general population doesn’t get a look at what actually goes on with front line personnel. And, let’s be honest here, those shows highlight the drama, but as for what actually happens, not so much. They are getting better, but there is still a drastic divide between real life and T.V.

I am appreciative of all these awareness campaigns. They do help to put things into the spotlight. However, education on these issues should not stop outside of these weeks. We need to keep the education ongoing year round. In this day and age of social media and Google, the fact is that ignorance is no excuse for the stigma that surrounds mental health matters. I’m willing to have the conversation. Are you?

Welcome to my photo gallery. This is my photography portfolio website.

My Wordpress
Jacqueline's TRUTH and nothing but MY TRUTH!!
Fabled Society
Life is tough but your not alone

"Life past, present, thoughts about the future, and ever changing world."

Scream Your Mental Health Out

TheCertifiablyTRUERavingsOfASectionedPhilosopher: Don't be afraid to think you might be a little 'crazy'. Who isn't? Check out some of my visualized poems here: https://www.instagram.com/maxismaddened/

Recipes showing step by step directions with pictures and a printable recipe card.

How to Kick Guilt in the Balls.

Searching For A Why to Endure Any How

A regular gal who likes to stop and smell the flowers.

a lifestyle blog by another unqualified twenty something, just like you

Welcome to my World

Motion is Lotion - Life is better with yoga

do yoga! with deb

A Jaunt Through Life

Welcome to my photo gallery. This is my photography portfolio website.

My Wordpress
Jacqueline's TRUTH and nothing but MY TRUTH!!
Fabled Society
Life is tough but your not alone

"Life past, present, thoughts about the future, and ever changing world."

Scream Your Mental Health Out

TheCertifiablyTRUERavingsOfASectionedPhilosopher: Don't be afraid to think you might be a little 'crazy'. Who isn't? Check out some of my visualized poems here: https://www.instagram.com/maxismaddened/